In uncertain times like these, as we all look for answers, it felt appropriate to turn for inspiration to a legend amongst our great living artists: Georg Baselitz. Aged 82 today, he has always stuck to his self-imposed mantra as a figurative painter, sculptor, draftsman, and printmaker. With his consistent focus on figuration, Baselitz sees himself in a long line of European artists seeking answers for the future in the here and now.
A rare etching from 1966 titled Das Haus that represents a lone man sitting outside his house sparked the theme of the present exhibition: The World Upside Down. Signed the wrong way round by Baselitz, the work invites the question of whether the artist thought about inverting his subjects already in 1966, three years before he created his first upside-down composition in oil from 1969, Der Wald auf dem Kopf. The drypoint etching shows the hero in front of his house, which has become too small for his massive body. He sits there with his eyes cast upward, contemplating what he is supposed to do now.
Starting with the heroes, shepherds, and poets of the 1960s, the exhibition continues with works from Baselitz`s sought-after 1970s Bäume (Trees) and Adler (Eagle) series before arriving at the early 1980s with its powerful, iconic Köpfe (Heads), raw images reminiscent of African tribal art. This body of work culminates in the monumental oil Rotschopf of 1982. Not only are we reminded of the strong graphic forms of graffiti that inspired Jean Dubuffet`s oeuvre from around 1950, but we are also invited to look to America and consider them in light of the expressive paintings by the young Jean-Michel Basquiat, who first emerged into the public eye in 1982.
The World Upside Down features key works from Baselitz`s oeuvre in oil painting, drawing, watercolor, pastel, linocut, and etching- each one of them an equally important medium for the German artist. The exhibition is rounded up by an elegant, imposing oil: Gertrud`s Hut I (1998), which features the artist`s wife Elke, who has been a recurring subject in his work for 60 years. An example of how Baselitz has dared to take up a favorite theme of the 1960s at the beginning of the new millennium is a successful Remix composition in watercolor, Hundeführer mit 2 Hunden (2006). Here, he returns to his `60s imagery of heroes, shepherds, and dog handlersusing the spontaneous technique of watercolor to give this traditional subject a sense of vibrant freshness five decades after its original invention. 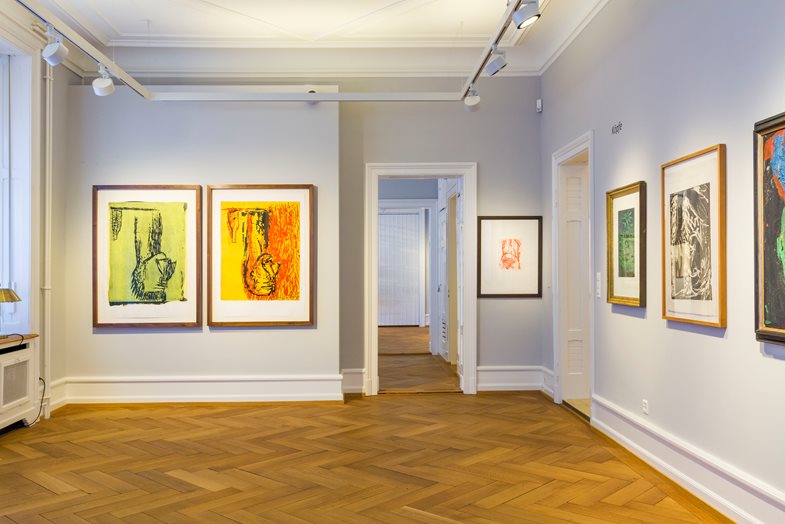 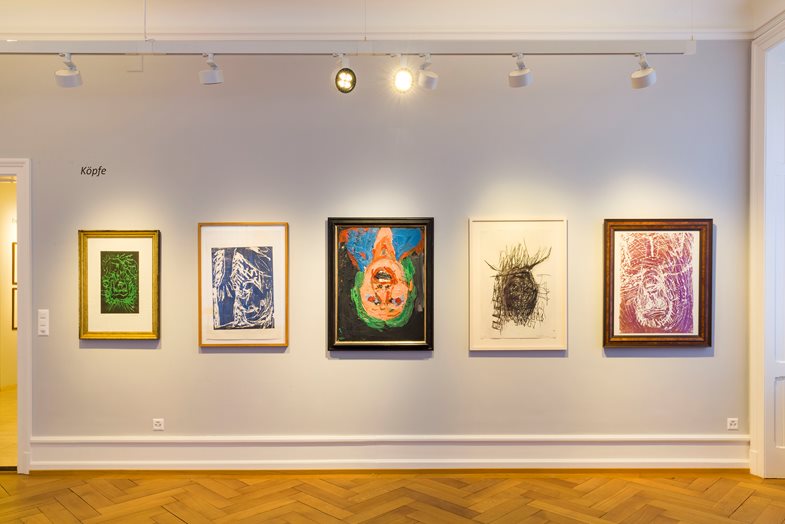 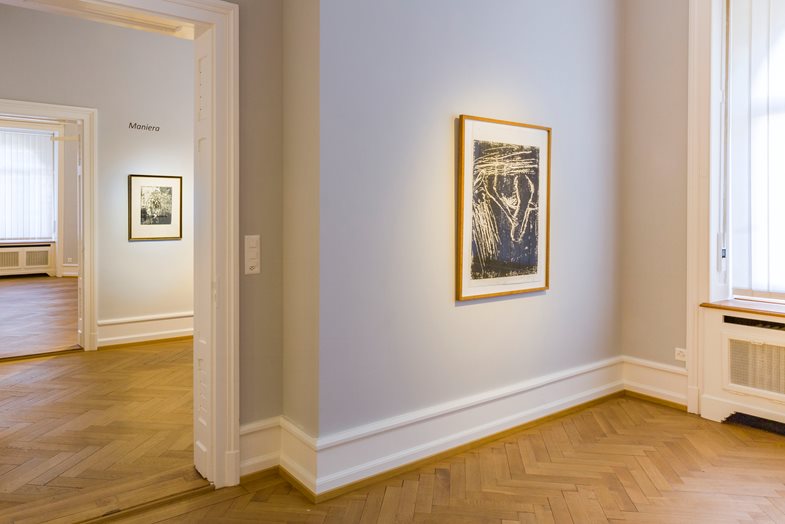 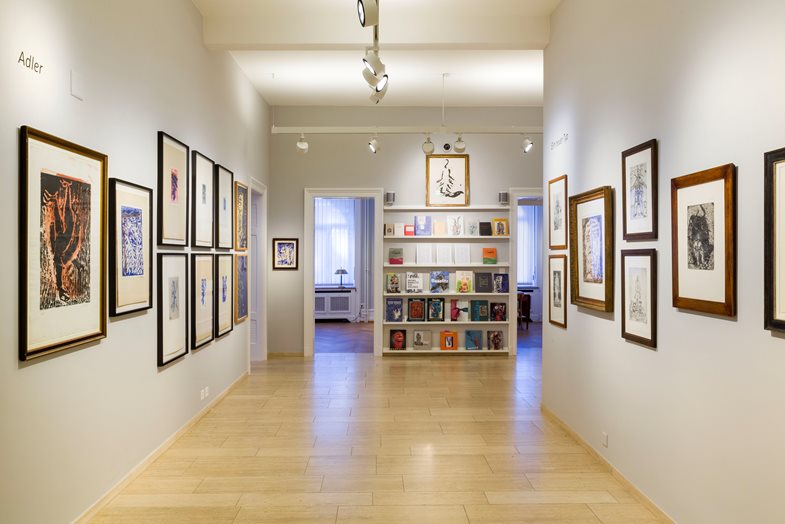 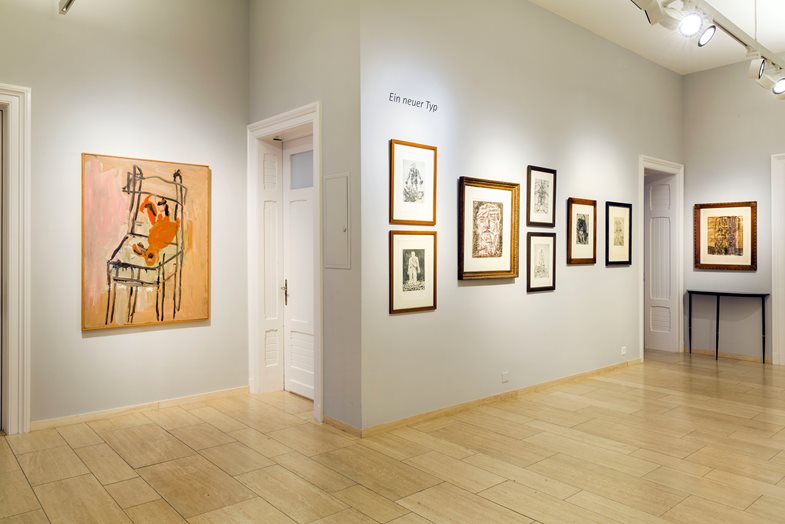 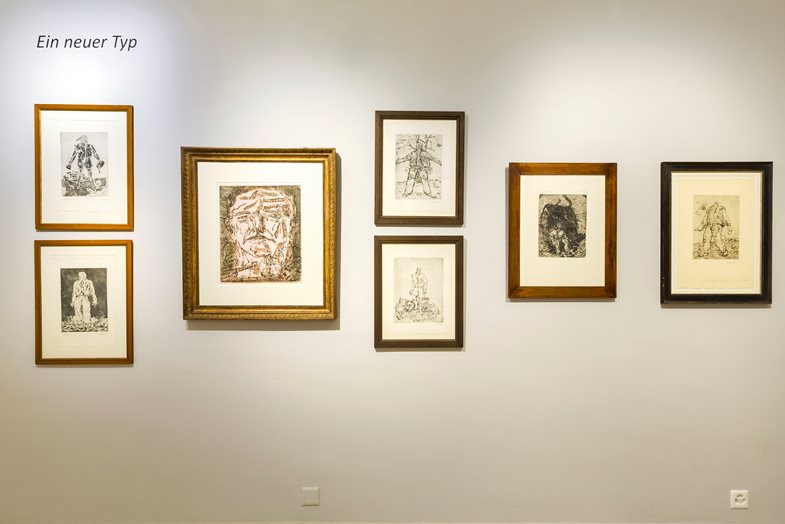 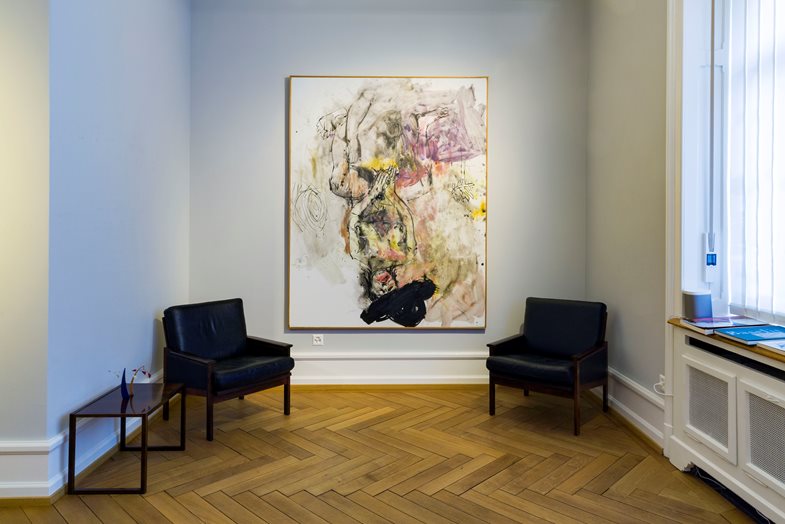 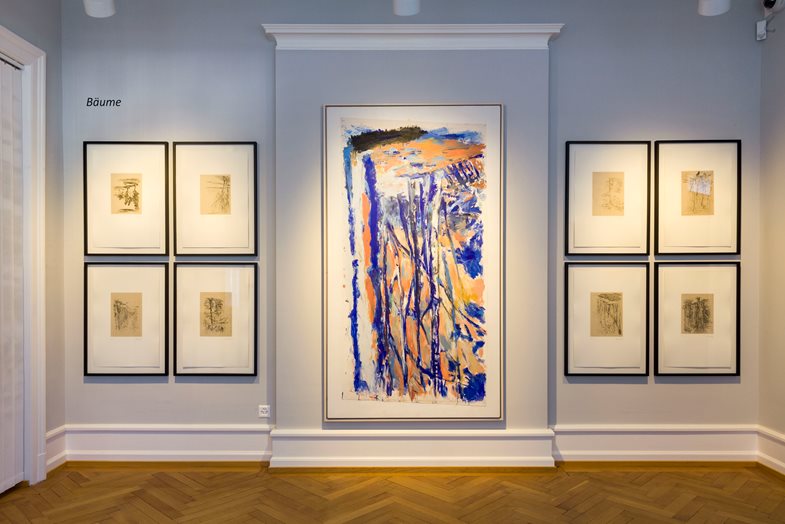 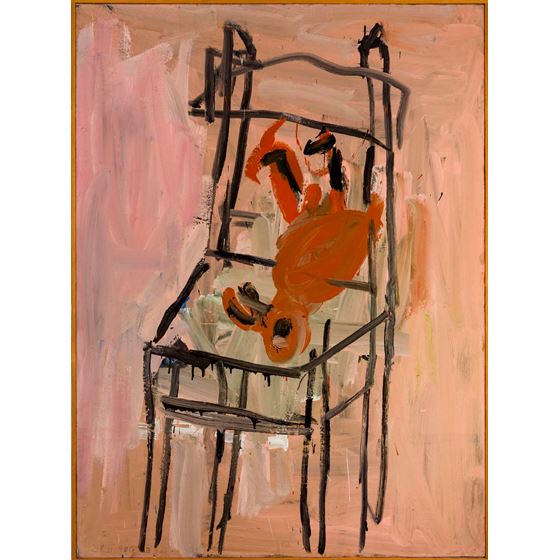 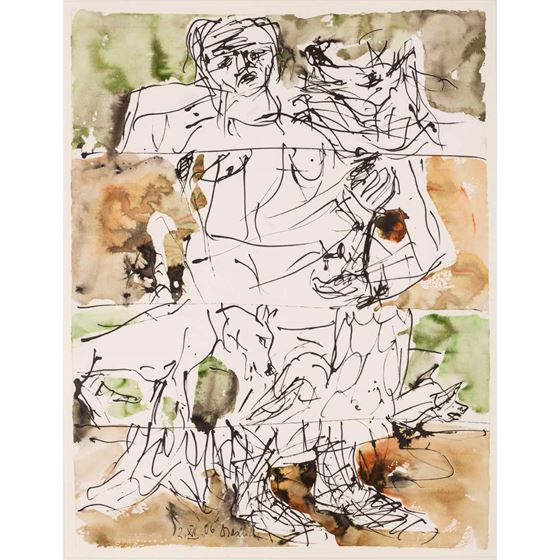 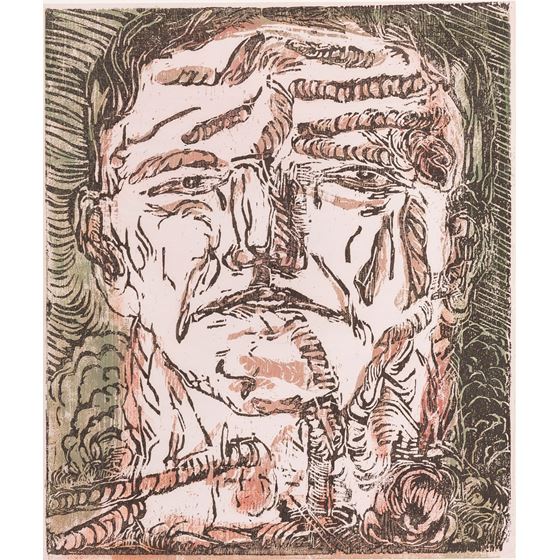 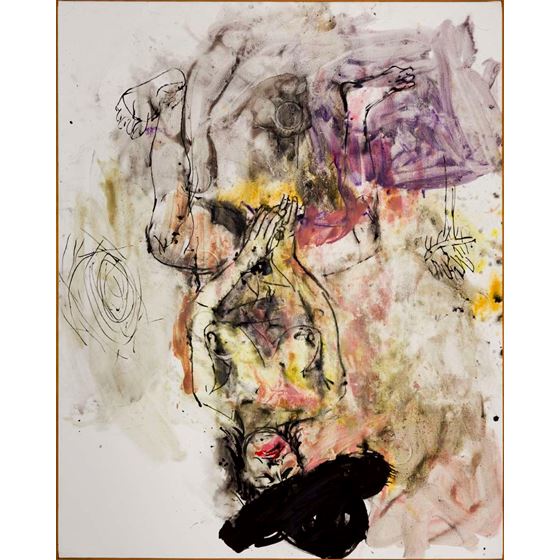 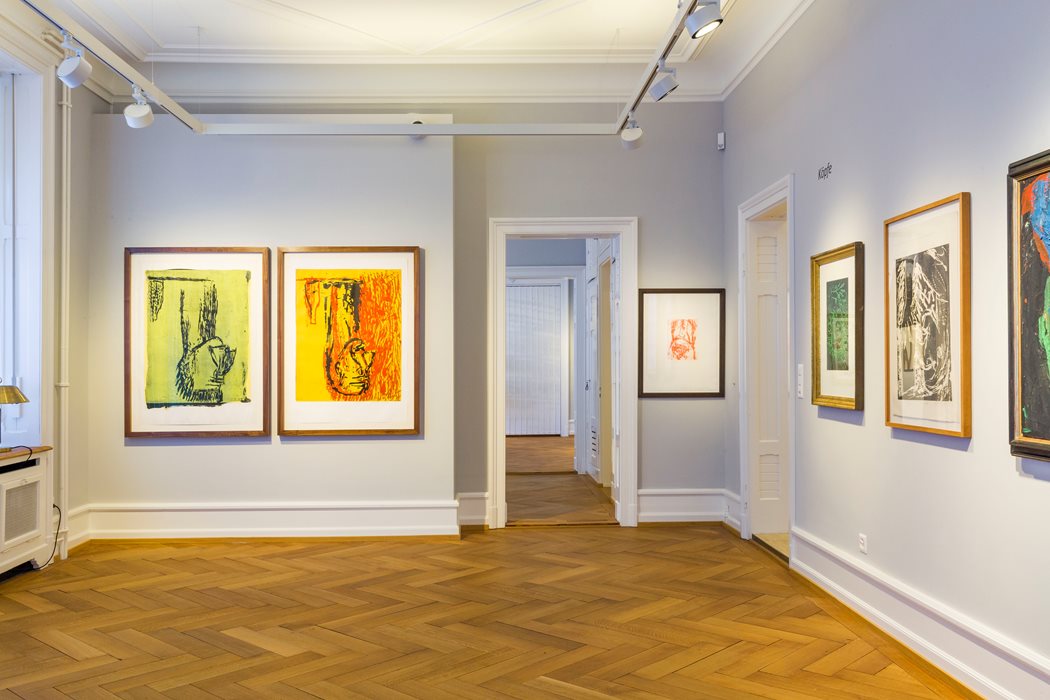 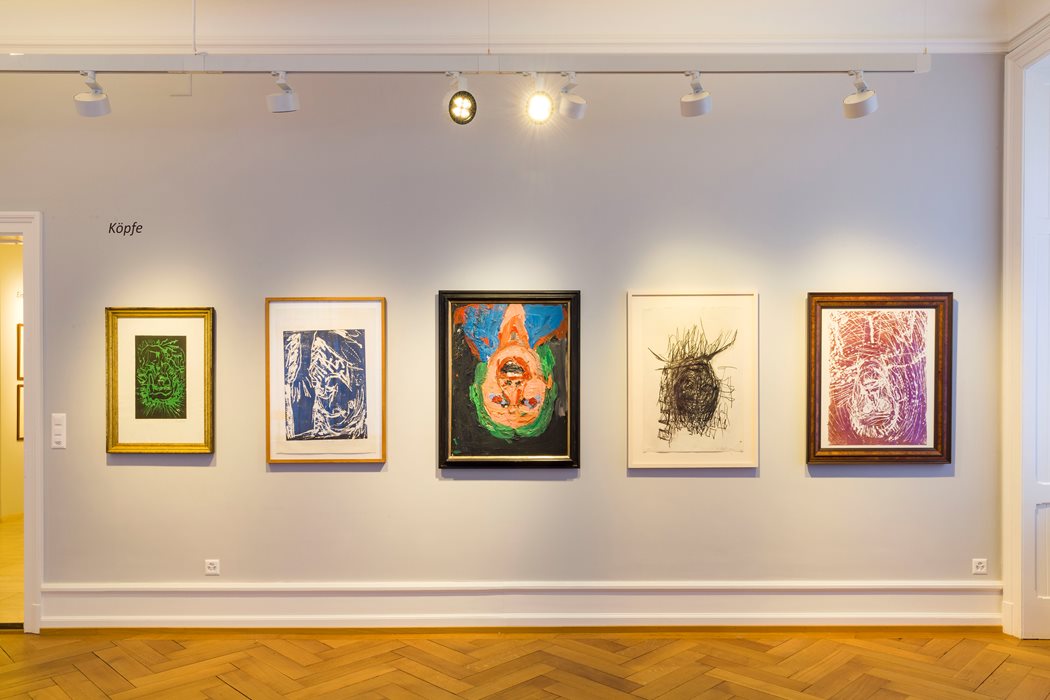 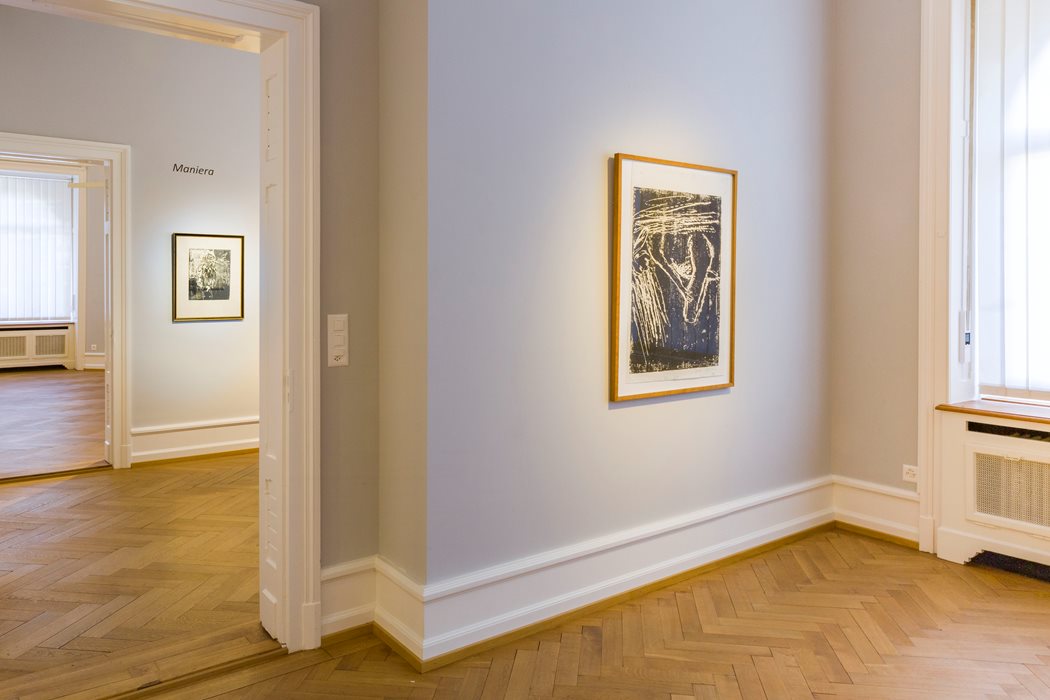 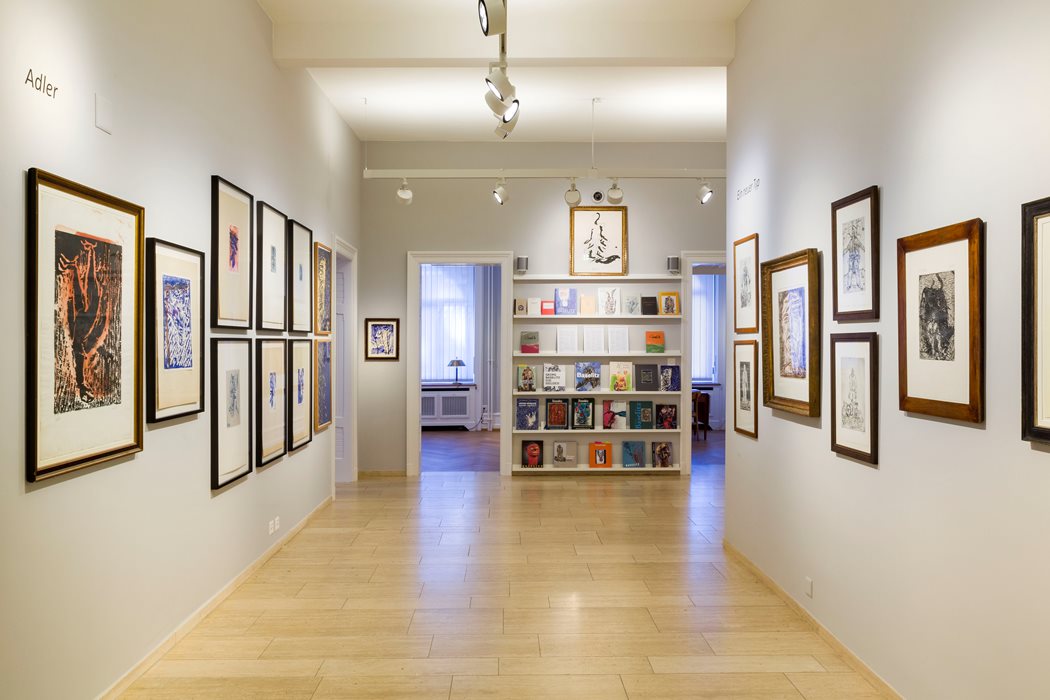 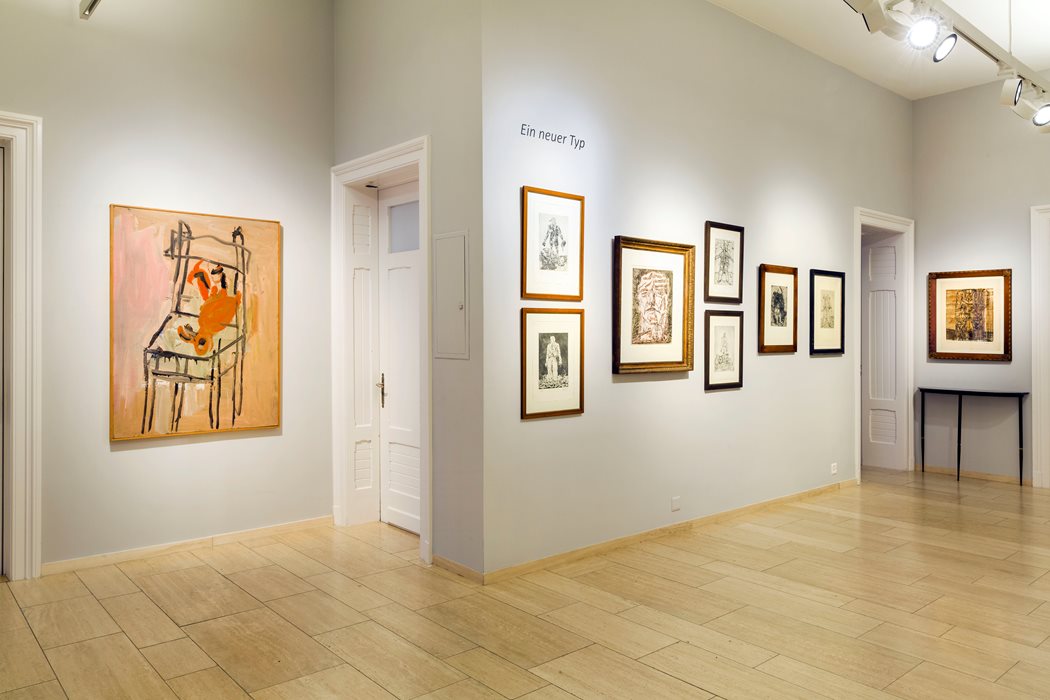 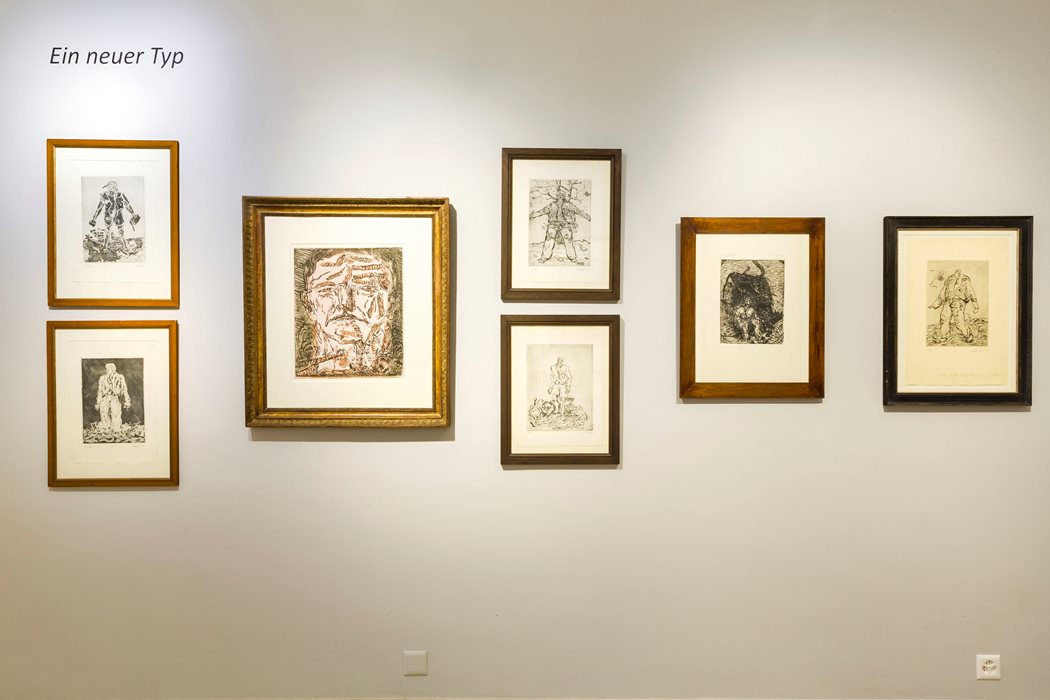 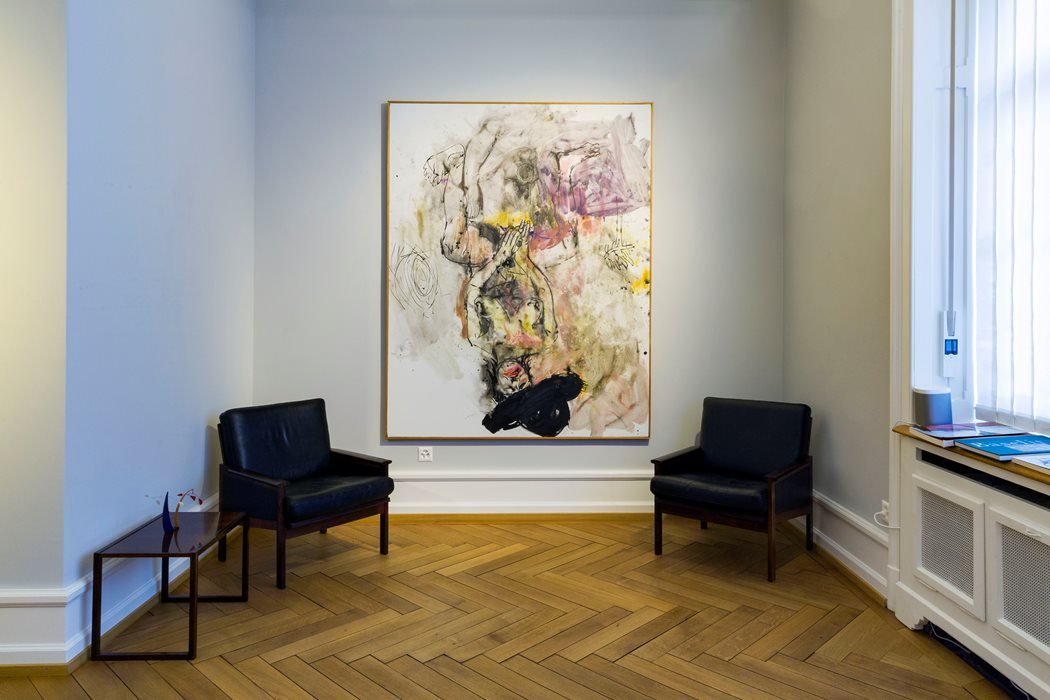 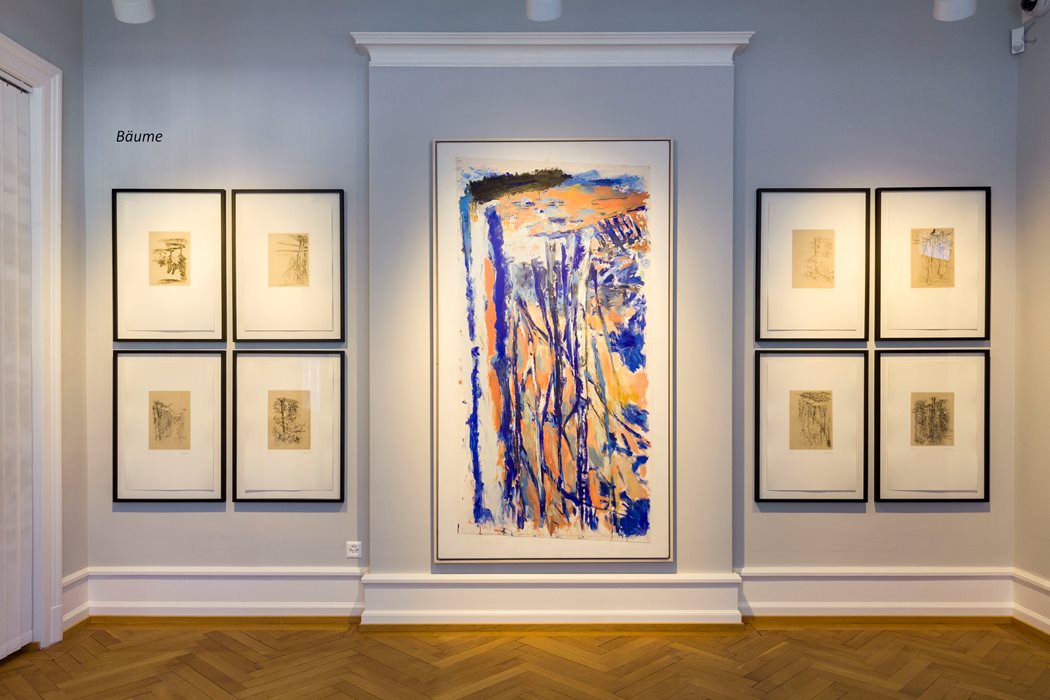